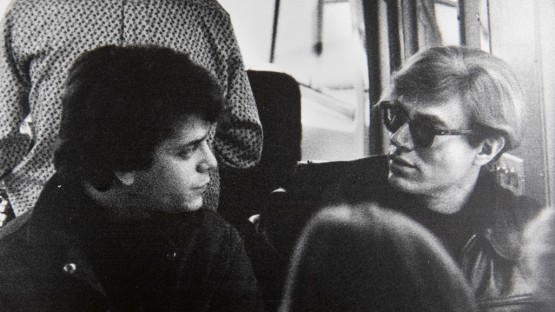 Judith Peraino, professor of music in the College of Arts and Sciences, won a 12-month fellowship from the National Endowment for the Humanities to research artist Andy Warhol’s influence on pop and rock musicians in the 1970s.

These musicians’ careers bore the imprint of Warhol’s influence, Peraino said, and, in turn, left traces in Warhol’s art and archive.

“When we think of Warhol and rock musicians, the first thing that comes to most peoples’ minds is his association with the Velvet Underground in the late 1960s, and the 1960s tends to dominate how we think about Warhol and his artistic and social revolution,” Peraino said. “No scholars or journalists have taken a thorough look at what Warhol’s aesthetic and persona meant to pop and rock music in the next decade when his influence seemed to be even greater.”

Peraino said that in addition to biographical details about Warhol and the musicians in his circles, the proposed book will offer a cultural history of the 1970s – “The Me Decade,” as author Tom Wolfe called it.

“Through the microcosm of celebrity stories, I investigate the macrocosm of representations of gender, sexuality, race and class in art and music, and as mediated by technological developments in portable cameras and tape recorders that engendered a culture of self-documentation and curation which persists to this day,” Peraino said.

This project allows Peraino to bring together her two great passions – pop art and pop music, she said.

It also follows up on her previous research and her 2017 discovery of 12 unreleased Lou Reed songs on a cassette tape in the Warhol archive.

“Such a discovery is rare, and it is certainly a highlight of my career,” Peraino said when her 2019 article about the mix tape was published in The Journal of Musicology.

“What makes this rare is the gift aspect of the tape,” Peraino said, “that Lou Reed intentionally created both a curated set of songs and a composed set of songs on tape meant only for Warhol.”

In writing about Warhol’s influence on music, Peraino’s goal is to produce a book that speaks to scholars of music and art history, media studies and queer theory, she said, but is also accessible for the general public: “For fans of Warhol, this book brings to light new historical and biographical details about the artist and the musicians who enter his orbit.”

Kate Blackwood is a writer for the College of Arts and Sciences.

Boogie Down! Here Are the Top 10 Disco Dance Tracks of All Time – Parade Magazine